Posted on June 9, 2013 by jennifermcguirefl 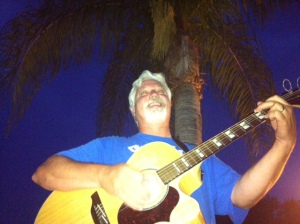 Posted on June 12, 2012 by jennifermcguirefl 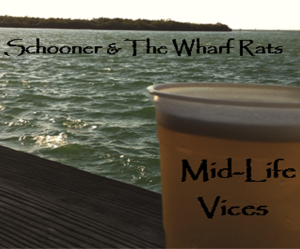 Schooner’s first solo CD is in! If you’ve ever pondered how to satisfy your Mid-Life Vices , you’ll be able to identify. Songs include In Arrears Drinking Beer, The Shit Hit the Fan and Pier Pressure, among others.
You can purchase the CD online at Beachfront Radio, during Meeting of the Minds in Key West (check the “Tour Dates” page) or purchase a hard copy via PayPal (details to come!)
You’re also invited to the official release party at Koz’s Green World Gallery on Friday, Nov. 2 at 2pm. If you’ve never been to see our friend Koz, a great supporter of trop rock, his gallery is at 712B Duval Street, just south of Angela Street. He’s just three blocks away from Schooner’s old house on the cemetery (yes, Schooner lived across the street from the Key West Cemetery), which is one of the best parts of Duval.
Categories: Trop Rock | Tags: Bad Boy of Trop Rock, Beach Boys, Beachfront Radio, Bluegrass Parrot Heads, Derby Parrotheads, Duval Street, Jimmy Buffett, Kenny Chesney, Key West, Koz's Green World, Parrot Heads, Sarasota, Schooner, trop rock, Zac Brown | Leave a comment